Mt Everest Trek area in Nepal is located in eastern part of the nation which offers magnificent views of more over hundreds of snow capped peaks to white Himalayas over 8000 meters.  The Everest attractive trail has been made to offer Sherpa’s cultures.

Admired Mount Everest Trekking route is positioned in Solukhumbu district, the district is popular as residence of Sherpa Climbers. The admired Mount Everest trekking path is positioned Solukhumbu district, which is known as home of legendry Sherpa’s. Located in north east part of Nepal this region offers incredible mountains, friendly and charming Sherpa people’s traditional culture and monasteries. May some trekkers may have glimpse of Yeti!

Northern part of the Sholukhumbu is the Everest National Park, which was recognized to protect the atmosphere of the alpine region. The southern part of the district, Solu is much less frequented by tourist and be a very satisfying target in its own right.

Other than Mt Everest several Himalayas over 8000 meters like Lhotse, Cho Oyu and Makalu are similarly tempting and spectacular. Add to this glacial lakes, rhododendron forests, residence of flora and faunas, traditional villages and initial Buddhist monasteries all makes Everest Trek as an amazing trekking destination.  Mostly Sherpa origin is from Tibet as they come passing over Nangpala pass. 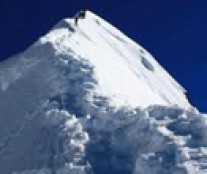 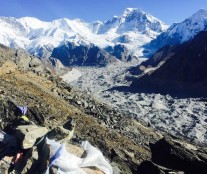 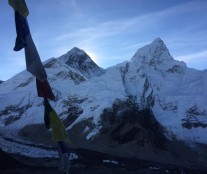 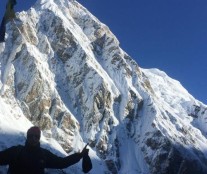 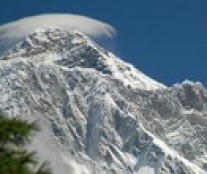 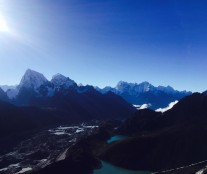