Expedition in Nepal is in fact grouping that is additional fewer commonly known as “Mountain Climbing” in Nepal ever since the nation started its doors for visitors. Right away increasing as zealous Adventure delicacy for mountain climbers since it’s started in 1949, Although the efforts to ascend mountains in progress from the near the beginning years of the 20th century.

But no one had been capable to maintain victory over it until 1953 when Sir Edmund Hilary and tensing Norgey Sherpa climbed on the top of Mt. Everest then the thousands of mountain lovers from around the world started doing Expedition in Nepal and get the top of High Himalayas.  In spite of all the adversity of mountaineering, Adventures have been fighting their way through the summit in the hope of making their dreams of adventure come true.

Adventure Discovery Treks & Expeditions will go that additional mile to make sure you get the best from your selected venture into some of the most rocky country on terrain….

Contact us for any escapade series that may suit your reason…we would be pleased to go with you all the way. 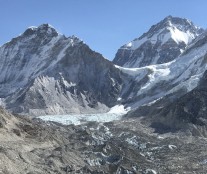 Mt. Lhotse Expedition 8,516m Mt Lhotse is located in the Everest region popularly known as a…

Pumori Expedition Pumori expedition at 7,161 meter, situated in the Khumbu area of Sagarmatha… 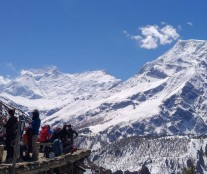