The Tibetan plateau, covering 1.23 million sq km is linked to the south by the 2500km long Himalayas and to the west by the Karakoram. With an average height of 4,000 meters above sea level, Tibet encompasses some of the world’s highest mountains. Mt. Everest (8848m), the world’s highest peak rises abruptly on the Tibet – Nepal border. Four mountains exceed altitudes of 8,000 meters and thirty eight mountains exceed altitudes of 7,000 meters. Trekking in Tibet would be the most adventures choice.

Renowned as “Roof of the World’ with a 3482 km international border with Nepal, India, Bhutan, Nepal and Myanmar, Tibet has remained a hidden sanctuary to the western world for many years. Soon after Tibet opened up its doors for tourism in the mid 1980s, trekking and travel in Tibet became one of the prime tourism interests across the world for its mysticism and landscapes. With this, Tibet Treks and tours gained more popularity amongst avid travelers. Despite modernization over the past few years, Tibet has retained the mystic beauty of its past. While you doing trekking in Tibet you will be exploring Gompas, ancient markets, ever-smiling and fun-loving Tibetans, amazing turquoise lakes etc which reward every tourist with an indelible life rime memory. Mainly Kharta valley trek and Tibet Everest Base Camp trek is the most popular trekking choice in Tibet.

Plan a trip with Adventure Discovery Treks & Expeditions and venture into territory that was forbidden for so long….

& experience a hidden culture that was almost lost to the world….. 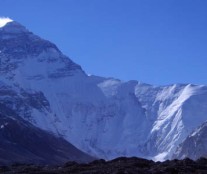 Everest Base Camp from Tibet Tibet is hug countryside from the verdant jungles the arid dry landscapes,…