Peak climbing in Nepal is one of the well- liked adventure activities in the planet and there is no other country other than Nepal which offers array peaks for climbing seekers from any separation of the planet. Nepal climbing peaks are shiny like silver splendid castle, the Himalayas peak range of Nepal has eight of the world’s tallest fourteen peaks over 8000mincluding highest mountain Mt. Everest (8,848m). Nepal government has acknowledge peak climbing fees and permits in the height basis. Before you make your decision its better to read some climbing guide lines.

Adventure Discovery Treks & our team have led a large number of Himalaya climbing expeditions and frequent trips to climbing peaks below 6500 meter in the last few years of our incidence on the rugged trails of Himalayan Nepal. Our support groups are carefully skilled in mountaineering methods and are extremely capable in handling all the dangers of mountain climbing and using mountain climbing equipments.

The peak climbing in Nepal was  started when NMA (Nepal Mountaineering Association) gave  the authority to climb peak  permits since 1978 which known as NMA peaks. To climb peak is very challenging so you need to find out experienced peak climbing guide & best seasons. Our Guides are experienced high elevation mountaineers. They are trained to take you safely into the thin air region of the magnificent Himalayas. They are mainly concerned about the acclimatization process. Unlike certain other organizers, we only dispatch guides who are have top knowledge on your targeted mountains & peaks.. 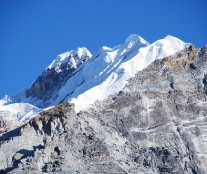 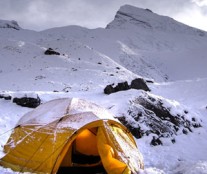 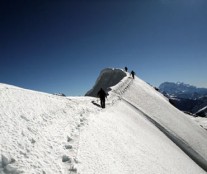